SIGN HERE to Boycott Ocean City, MD until they stop burning their trash and recycling in Chester!

Tell Subaru and the soccer stadium: burning trash in Chester is not "zero landfill!" 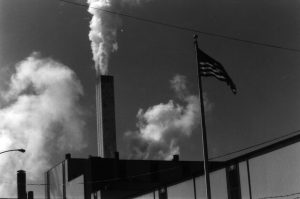 Did you know that the largest trash incinerator in the U.S. is located in Chester, PA?

Chester, Pennsylvania is a small city south of Philadelphia and located in Delaware County. The city spans 6.1 square miles with 34,000 residents, and is also home to the largest trash incinerator in the country (Covanta), a sewage waste treatment facility and sludge incinerator (DELCORA), chemical manufacturing plants, and other polluting industries.

Over a century of systemic racism and political corruption has transformed the historic waterfront city on the Delaware River into a toxic regional waste hub and ONE OF THE WORST CASES OF ENVIRONMENTAL RACISM IN THE U.S.

Polluting industries have led to devastating consequences on community health and quality of life for the majority low-income black and brown community that lives in Chester.  Incinerators and toxic companies target low-income areas and communities of color because they are seen as the path of least resistance.

Chester Residents Concerned for Quality Living (CRCQL, pronounced "circle") has been leading the fight against environmental racism in Chester, PA since 1992.  CRCQL is a community-led activist group led by Chester residents and those concerned with local health and environmental justice.  CRCQL is leading the CHESTER ENVIRONMENTAL JUSTICE MOVEMENT and demand an end to toxic trash incineration at the Covanta facility in Chester, increased emission standards for other polluters along the Delaware River, and advocating for clean air and Zero Waste resolutions across Delaware County to reduce waste.

HERE'S WHAT YOU NEED TO KNOW!

Learn more in this May 2021 powerpoint with an overview of the waste issues in Delco!